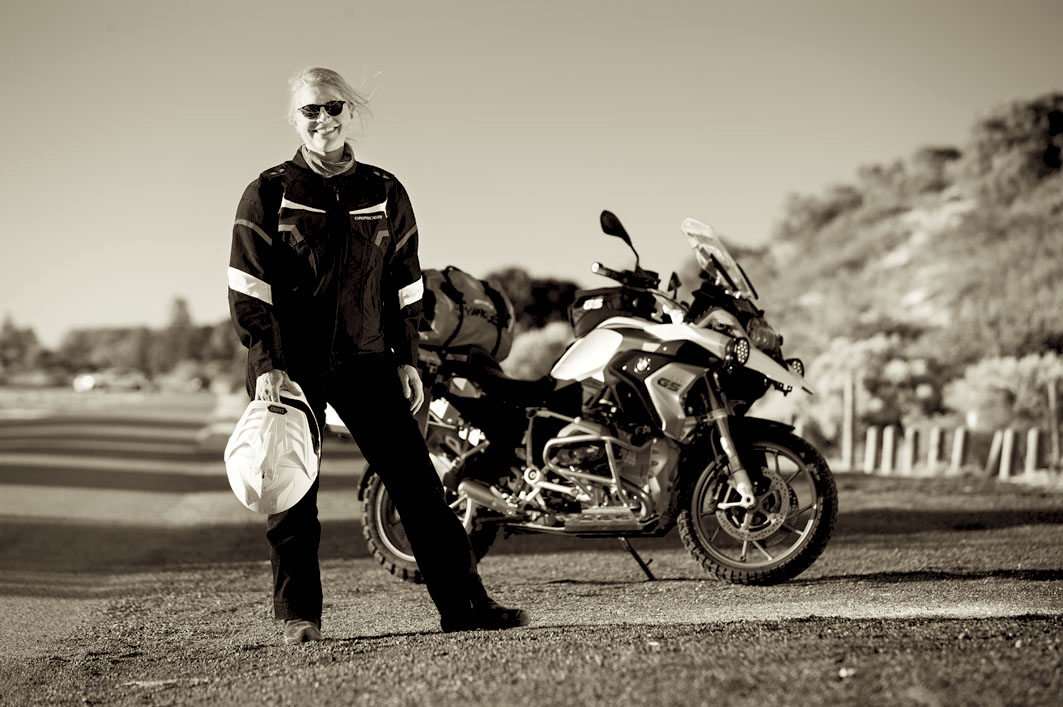 Most of you will be familiar with me wearing an apron or talking about food either at Foragers in Pemberton, Western Australia or on ABC Perth radio. Foragers was a beautiful property and rewarding project that consumed 15 years of my life. From 2005 I dedicated almost every waking hour to growing a culinary tourism business that centered around the connections between the produce, the growers and sense of place in the beautiful Southern Forests region while raising two gorgeous young humans.

They’ve now flown the coop and as long, incredibly rewarding but at times very challenging chapters open and close, Foragers sold to St Hilda’s Girls School at the end of November 2019.

Very few of you will know I’ve also had a love of motorcycle riding that stems back to early days in the Barossa Valley, South Australia. Back then it was as a pillion however I’ve now shuffled along and found the front seat of a BMW R 1200GS adventure motorcycle and taken flight across the country. The above photo was taken by the very kind and very talented photographer Craig Kinder.

This first post begins a travel plan that’s been years in the making. I hope you’ll stick around for the ride. Along with a great love of experiencing our epic Australian landscapes, eating well despite the logistical challenges of motorcycle travel and eating local wherever that may be, I’ll be gathering food stories and of life through a new lens that I look forward to sharing with you. 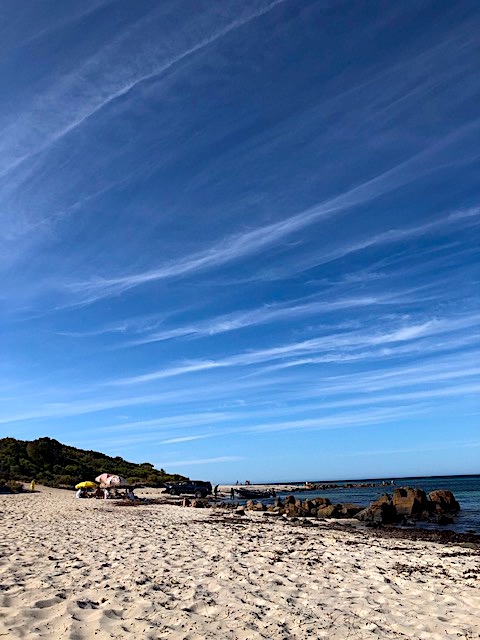 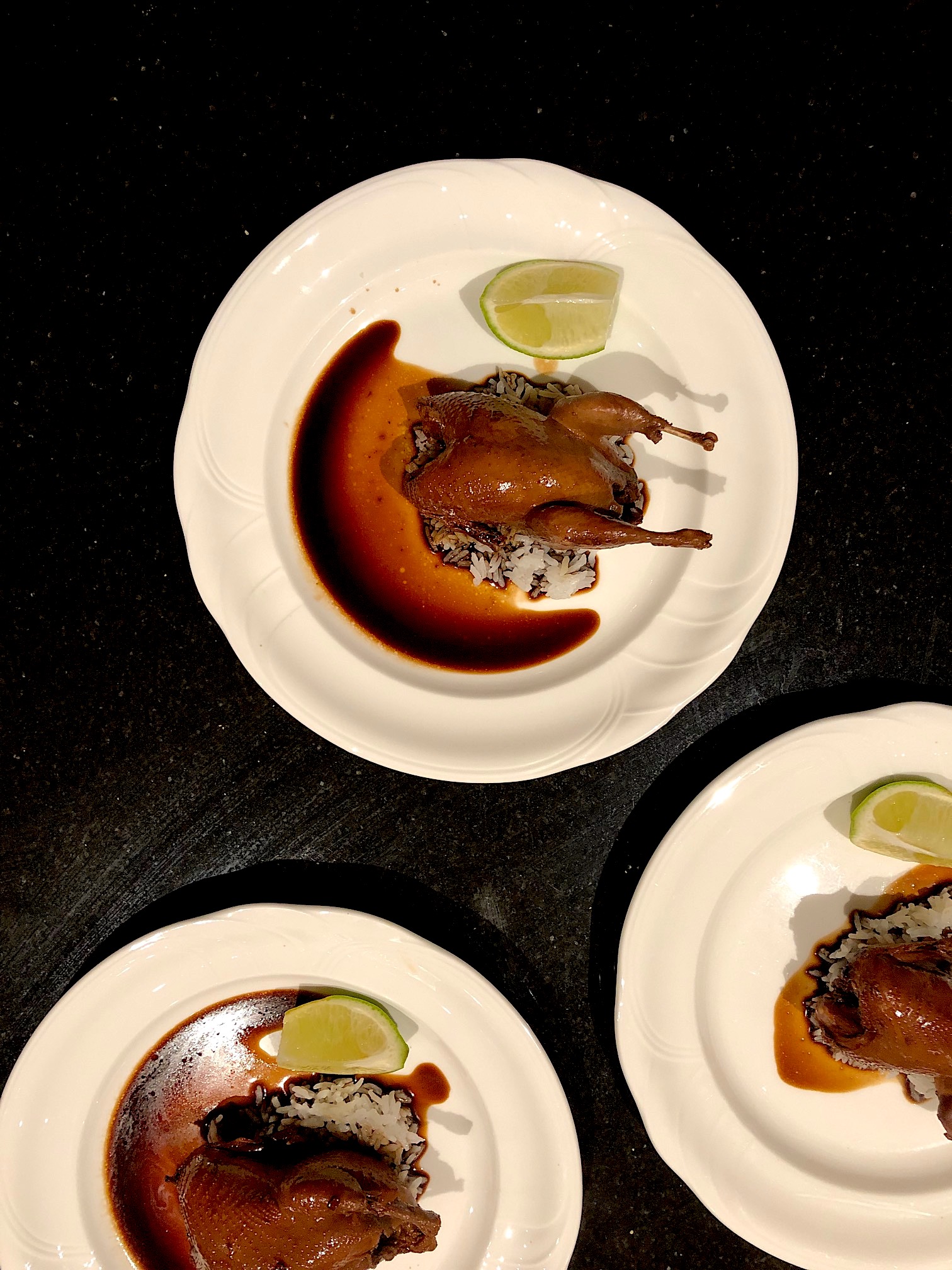 This first leg of my travels was through the South West of WA to ease in to long haul motorcycle travel and farewell places and people who’ve  offered vital support through their shared experiences and long precious friendships. I left Fremantle on Chinese New Year, the 25th January; an unconscious but entirely serendipitous decision. 2020 is the year of the rat according to the Chinese zodiac and the beginning in this 12 year cycle. My first night was with serious food-traveller-friends Jen and Crispin. Jen is a thoughtful and gifted cook, who after one of her last training swims at Eagle Bay in preparation for the Busselton Jetty Swim, braised quail in her time and spice-enriched delicious Chinese master stock to celebrate this auspicious start. 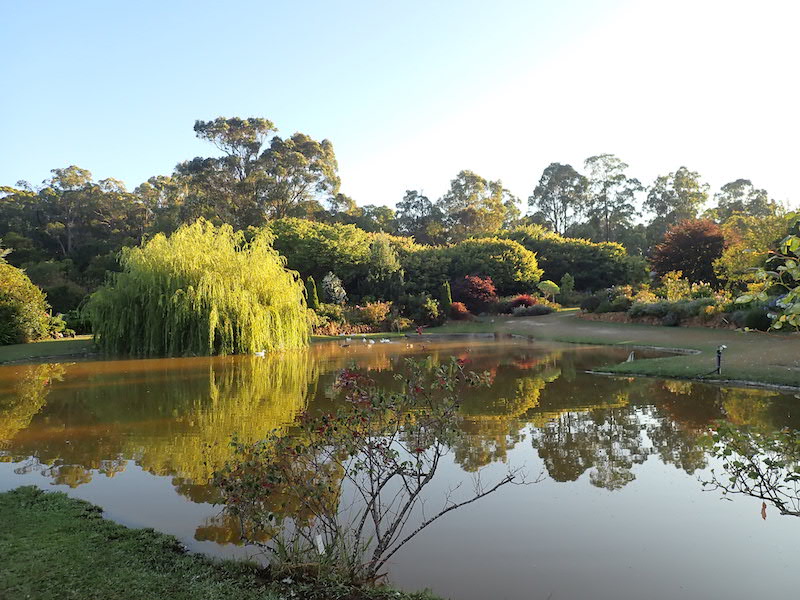 The following evening was with friends Susan and Allan who are those rare gifts that life offers up. The tranquil beauty of Susan’s refuge of a garden with a massively generous bowl of yabbies that Allan had lifted fresh from their dam was a memorable Australia Day supper. 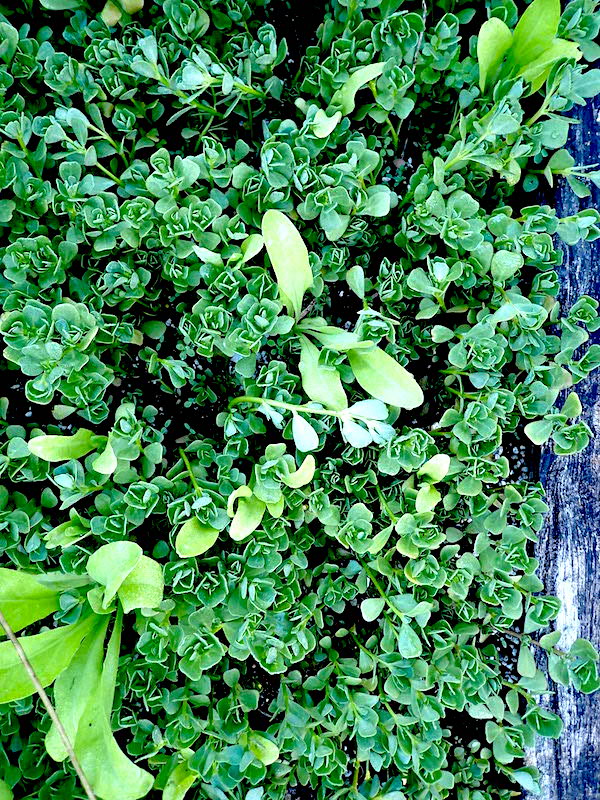 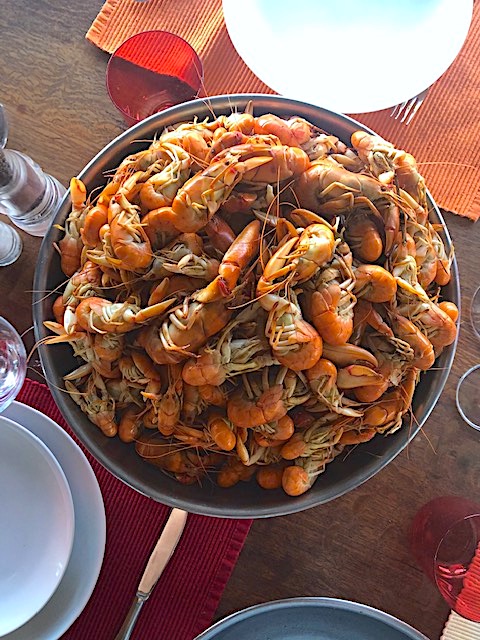 Purslane is a weed that grows healthily in Susan’s veg patch and appeared in the occasional Lebanese Fattoush salad I served on Summer menus at Foragers. This salad was a way I could use up extra flatbread that had been baked in the woodfired oven. Roughly torn pieces of this bread were tossed with the purslane, radish, Rick’s heritage tomatoes, cucumber and mint drenched with a sumac, garlic and lemon vinaigrette. 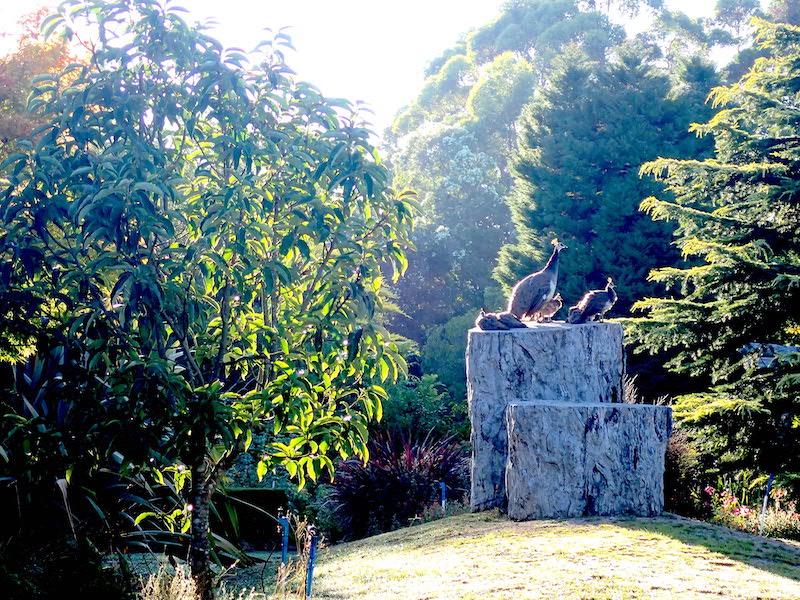 Susan and Allan’s peahen and her chicks perching on one of the garden’s many statuesque natural features in the warm early morning sun. 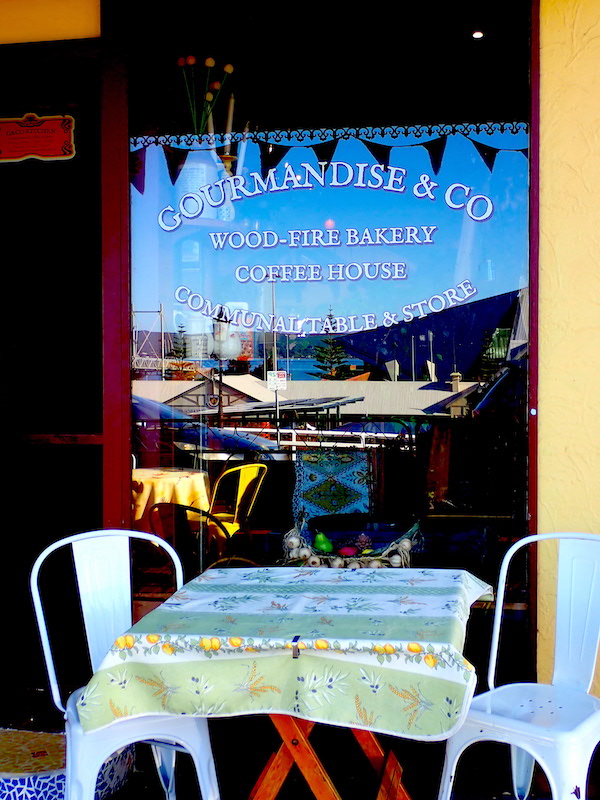 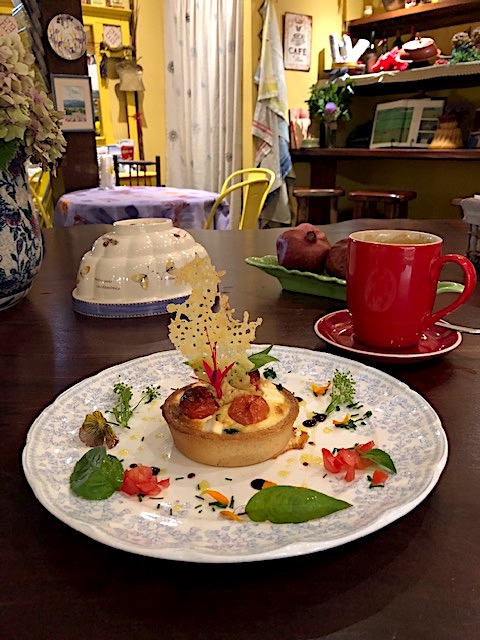 Onward to Albany for 3 nights with friends Xavier and Janette at their bustling authentically French cafe Gourmandise & Co. Situated on Stirling Tce, this warm convivial place is a labour of love and dedication. Xavier is one of those rare professional French chefs that trained in the most gruelling of traditional French systems and institutions, whose knowledge and decades-long experience practicing at the very top tier around the world has managed to retain a generous soul for which I have full respect and great admiration. Respect however is also equal in measure for them both as with all partnerships in a hospitality business the one that follows is no less burdened with the weight of what it takes to daily open and close the doors. 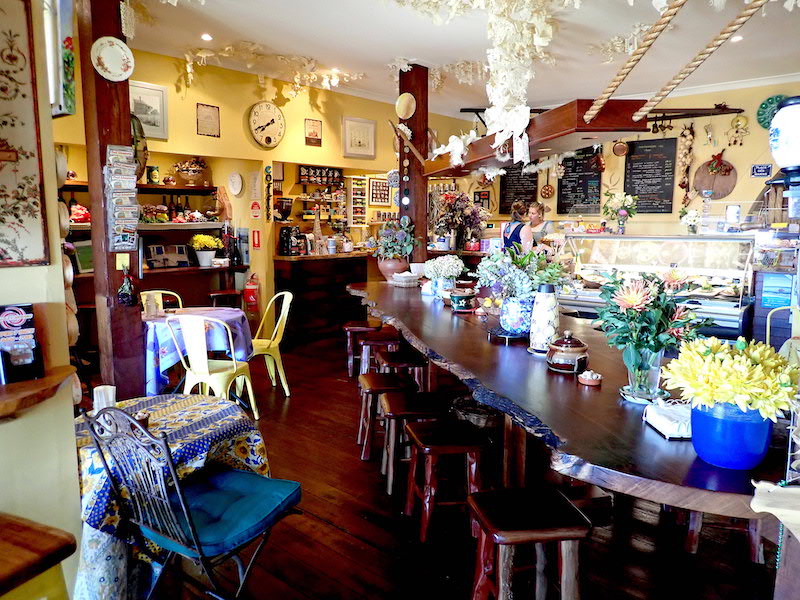 The store’s offerings are  served and centered around one long natural table overflowing with fresh flowers and items that speak of home in France and Janette’s meticulous care and attention to detail. A frequently changing menu of baked seasonal savoury and sweet dishes most often from the woodfired oven that Xavier and Janette were sought out for in their previous market and off-site catering days as Terroir & Table. Generously, my stay was above the store where I woke to the salivating smells of baked pastries and bread. 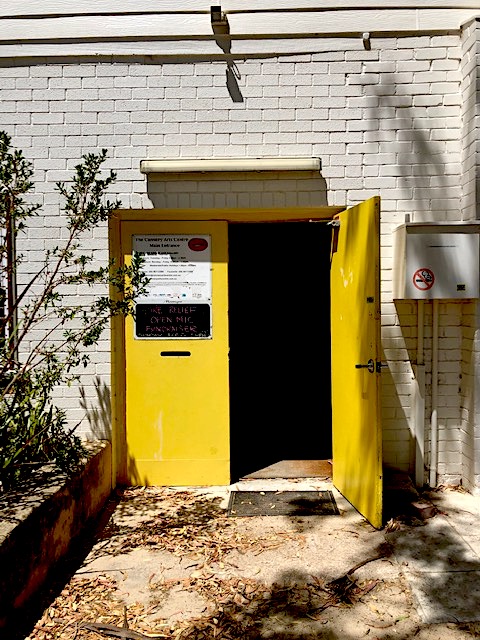 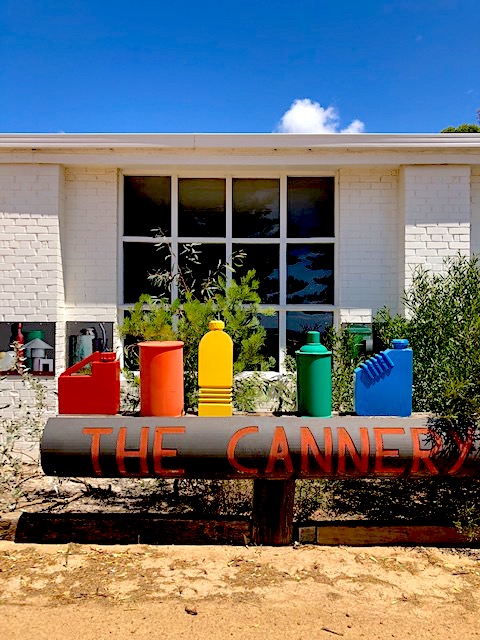 Continuing in an easterly direction, Esperance was a visit of beaches, more old friendship rekindling and a visit to The Cannery. The Cannery Arts Centre was built in 1949 and operated as a Fish Cannery. After serving as a car yard, a dance hall and a youth centre it was renovated in 1984 to its present state. It is now a vibrant community arts centre delivering exhibitions, workshops, and events to the Esperance region and its visitors. 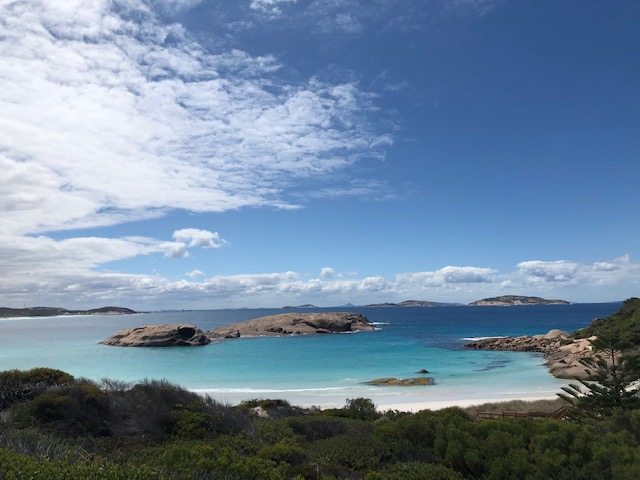 Esperance is rightly famed for offering some of Western Australia’s most stunning beaches. The Great Ocean Drive is an easy and very accessible 40 kilometre circular loop to explore that features a vast range of coastal elements such as stunning beaches, rocky headlands, small bays, steep cliffs and hidden ocean pools. Contrary to general advice, taking this loop in an anticlockwise direction takes in spectacular view after view after as the road from the not-so Pink Lake towards the coast unfolds. Above is the beautiful West Beach. 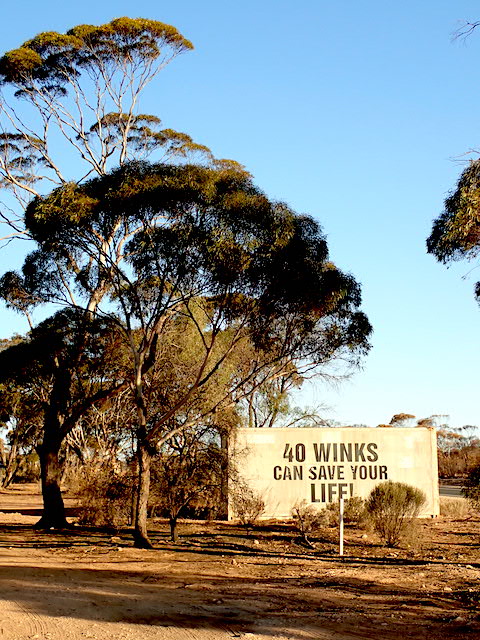 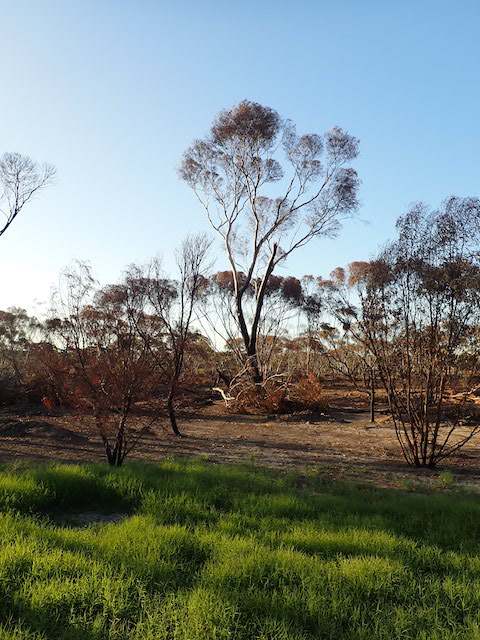 From Esperance the road continued north to Norseman with the momentous right hand turn due east to Balladonia; a roadhouse community on the Eyre Highway that was recently very close to being consumed by fire. From about 30km west of Balladonia, the charred bush echoed the remains of what Australia has experienced in far too many places across the nation already this summer season. The fragility of seemingly a resilient landscape left bare in its wake. I did wonder as I pulled in to the roadhouse for a night’s stay how stumped our international visitors would be passing a drivers safety message encouraging rest to combat fatigue using colloquial Australian terminology ’40 winks’. 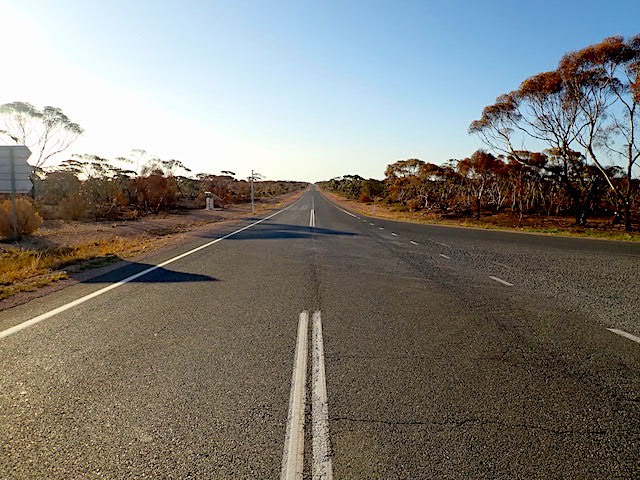 If there is one way to fully appreciate how wide and how far the distances stretch across our continent, driving the Nullabor is an experience I highly recommend. Road travel, especially with the full exposure of a motorcycle requires a level of self-care and protection very unlike an encasing motor vehicle.  Along with demanding alertness there’s the steady deep rhythm from the cylinders that feels like it cradles a type of meditation that accompanies those ever-changing salty-grey and rich-ochre landscapes, pungent with the smells of either char, parchment or of the welcome petrichor of rain. 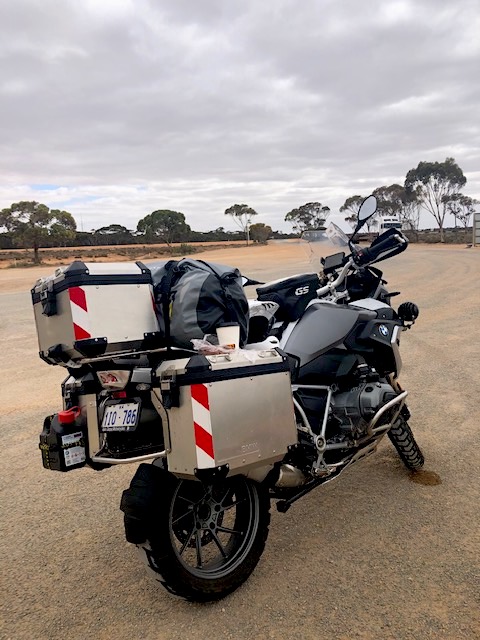 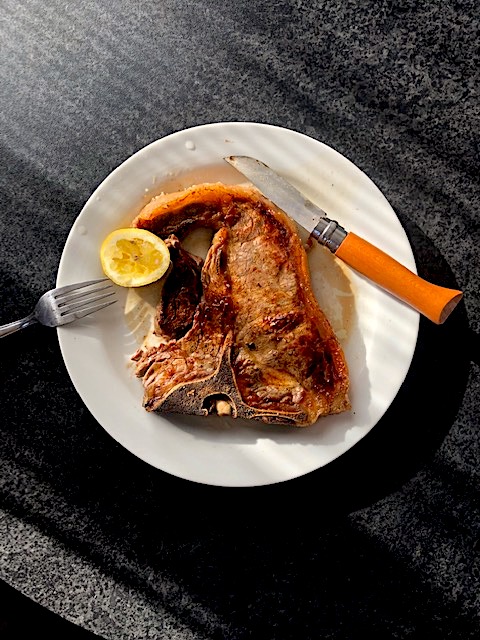 A roadhouse morning tea of coffee and fruitcake in Caiguna and a recovery local Hereford t-bone steak in Ceduna after the three day journey across ended at the beginning of the Eyre Penninsula. 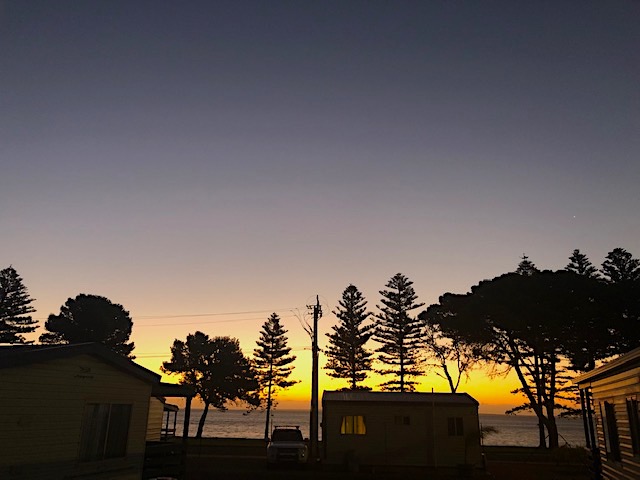 From a sunset view in Ceduna looking back at the west, so ends this first leg on a journey that so far has been an unfolding of wings and flight. 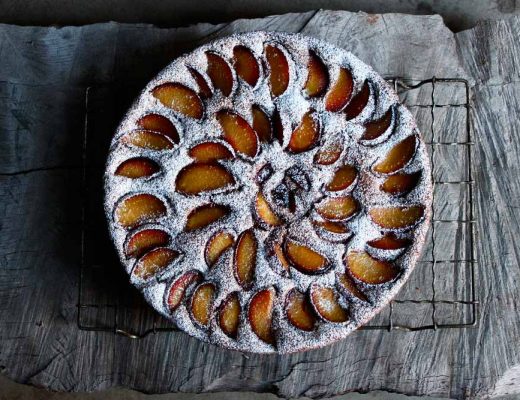 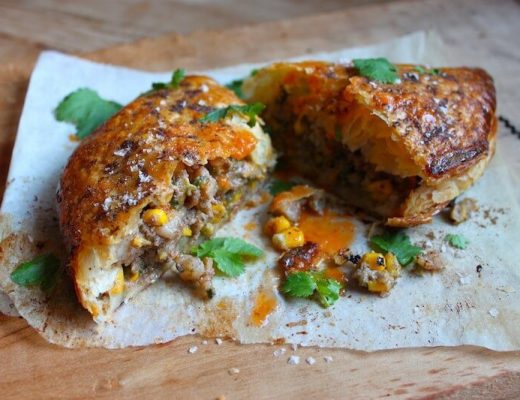 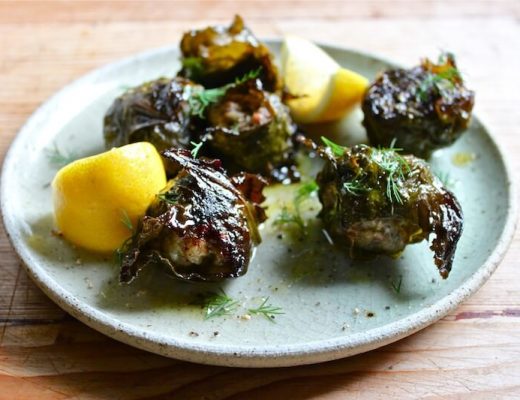 Locally grown produce, regional culinary heritage and honest, flavoursome dishes. These are at the heart of my approach to food. I think of the food we prepare as one of the most important cultural things that connect people to a place.
More... 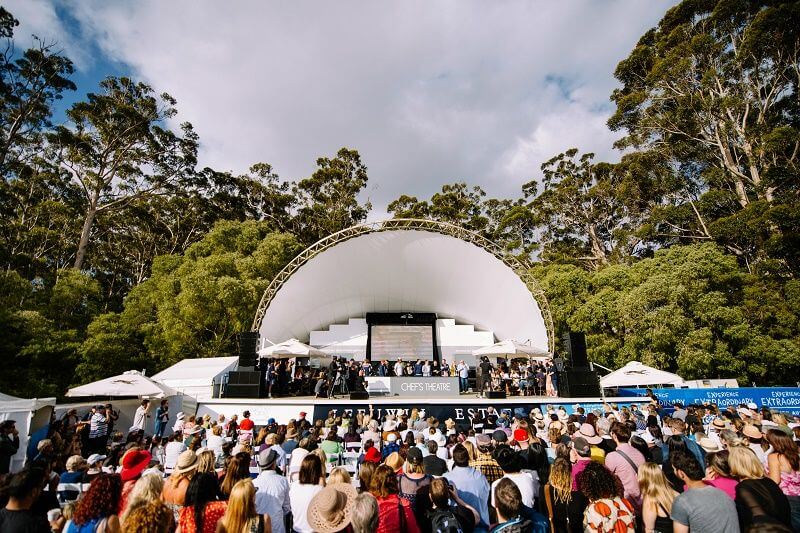 Work with Sophie on recipe development, editorial, classes or your next event.
Find out how...

Travelling through the month of March has laid dow

Back on the pastels and basketry with roadside wee

When it’s rained cats and dogs and flooding forc

From January into February the weeks have passed w

A visit today to the Kangaroo Island Oyster Farm S

Most of you will be familiar with me wearing an ap

This incredibly simple and quick to prepare cold s

Plants no matter where I am have a way of speaking

The @manjimupcherryfestival was on again this past

5 years on from when first published the pleasure

Caponata is a Sicilian eggplant dish that is an in